The mould tool concept of the future

A look into the future shows that future automation in plastics processing is inevitable. Future-oriented tool concepts must therefore be suitable especially for automated production processes.

IsoForm® moulding tools meet this requirement because they can reach the process temperature energy-efficiently, sustainably and quickly.

What is an IsoForm® mould tool?

We offer IsoForm® in the BASIC and PREMIUM versions, which differ in the type of centring and the degree of insulation. Both variants are available in many versions, e.g. with exchangeable insert modules and exchangeable plates and are always insulated in the contour area.

The IsoForm® range of standards elements was developed by Konstruktionsbüro Hein GmbH and is distributed by our partner, Company Nonnenmann GmbH. 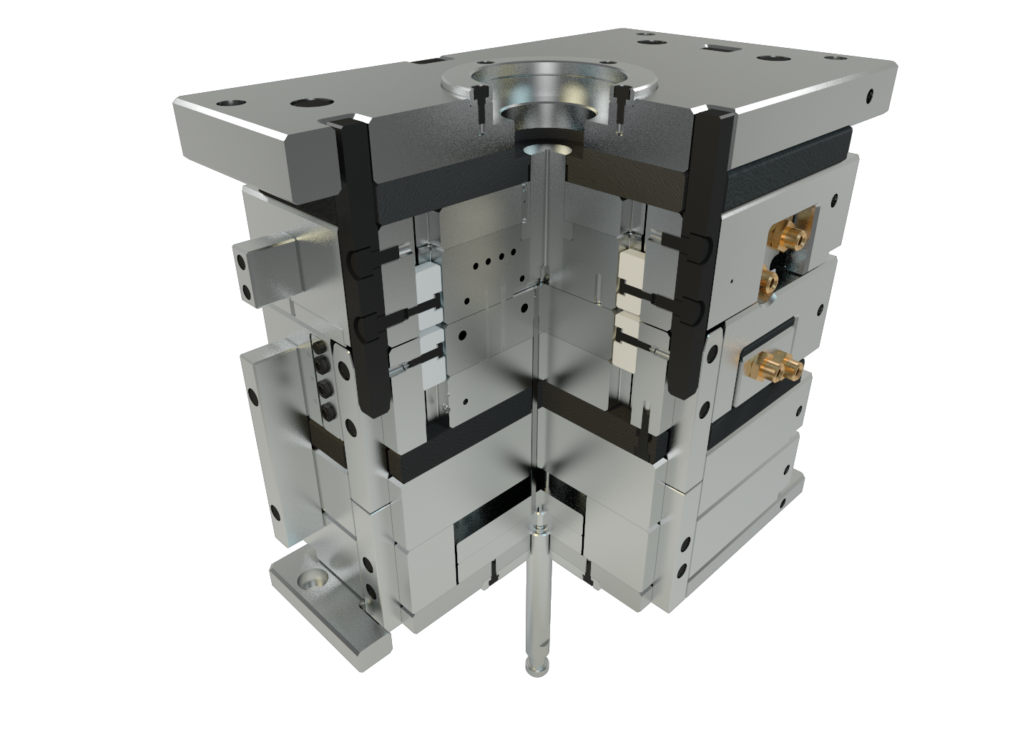 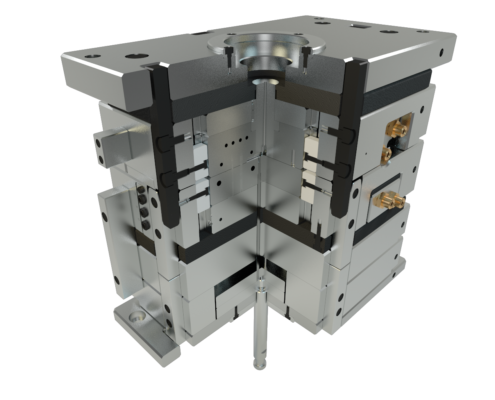 Until now, attempts have been made to control the temperature in such a way that a stable temperature level is achieved over the entire mould. IsoForm® standard elements enable the temperature control of the mould inserts and other contour components that are insulated from the surrounding mould.

Centering is carried out for the mould inserts with ceramic elements (2W/mK, blue arrow, fig. middle), which serve as the only connection between the “hot” mould insert and the mould carrier frame also for thermal separation.

Hub-centring between mould plates (green arrows, fig. left) allows for adapting temperature regulation to different requirements and for a simple, fast and precise mounting and dismounting of the tool.

The central centring also over the plates of the mould assembly (green arrow, fig. right) enables the temperature control to be adjusted as required, as well as simple, fast and precise assembly and disassembly of the mould. 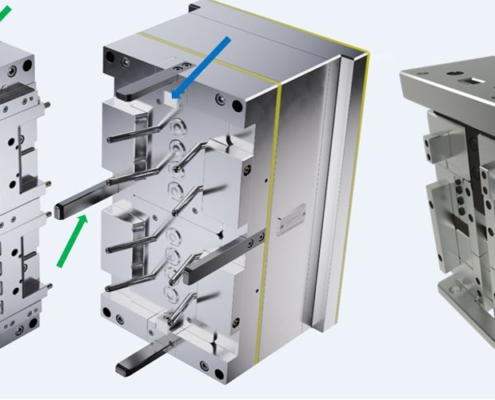 Why do I need IsoForm® and what are the advantages?

In addition to increased process reliability, the consistent thermal insulation of the contour area offers enormous advantages in terms of time and energy requirements:

The sustainable and extremely efficient tools require up to 95% less energy to heat up for this application compared to conventional tools.

The energy input for heating up a mould for the high temperature range (e.g. PEEK / rubber / silicone / thermosets) is reduced to the same extent.

Advantages at a glance 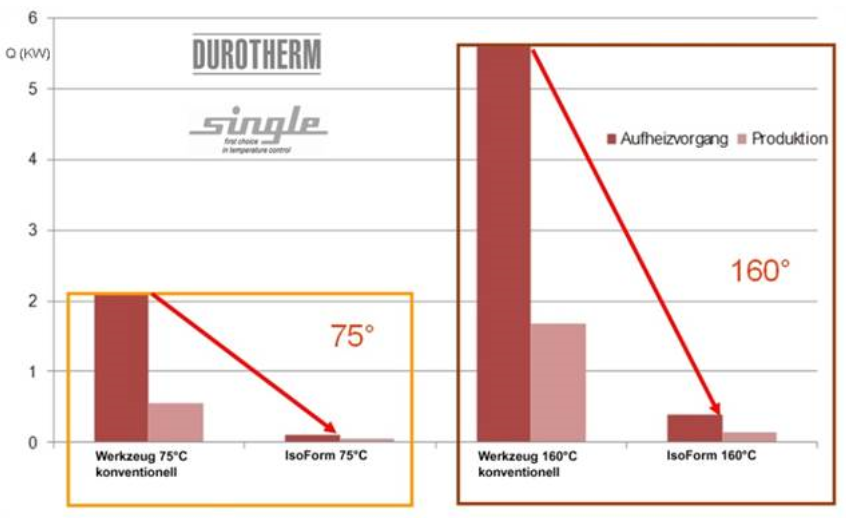 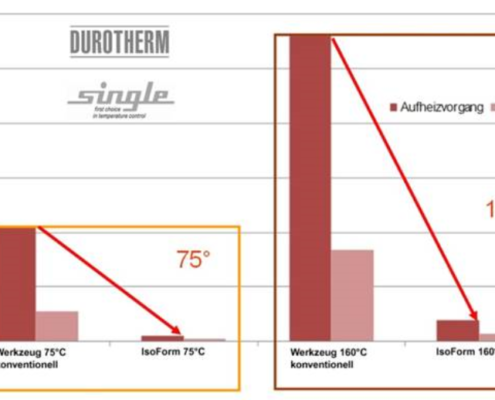 The illustrated application shows in practice that it is not only possible to reach process temperature with a fraction of the energy required, but also that this goal can be achieved here in 1/5 to 1/10 of the time compared to a conventional tool. 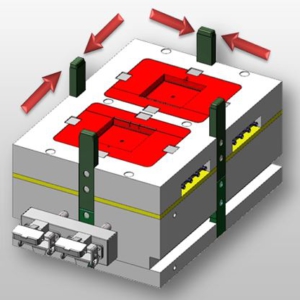 IsoForm®: Different linear expansion has no effect on the centring elements. In this way an exact fit is possible. 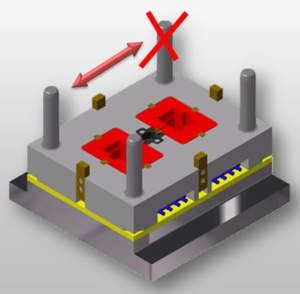 Different linear expansion between injection side and clamping side at different flow temperatures.

In the IsoForm® range there are standard mould variants for multiple use, in which the inserts or entire mould plates (also with slides and/or ejectors) can be changed from the parting line. In this way you achieve a fast thermally separated tool change with precise hub-centering, without leaks and difficulties, if necessary with transponders and fully automatic.

This means that the investment in the modular principal mould can be added to the costs for the machine which leads to lower costs for the tool. 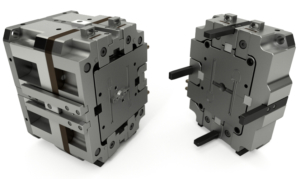 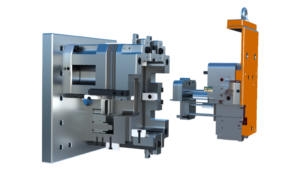 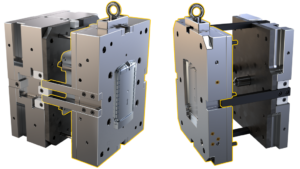 The temperature control of the tools may be individually adapted so that you may use water on one side and a coolant on the other (fig. Right: blue arrow), while connecting sensors and/or gas injection devices on the opposite side.

Slide moulds make up the majority of the IsoForm® injection moulds realised. A special feature is the consistently centred guidance of all slides corresponding to the hub-centring of any IsoForm® tool

Another feature is the isolation of the slide and from the mould support frame which we already know from the isolated mould inserts.Thrust pads assist in fine-tuning the mould tool 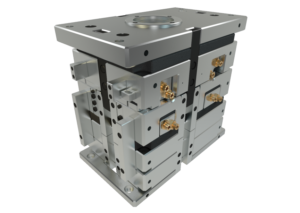 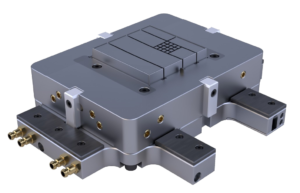 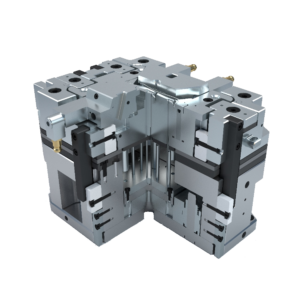 IsoForm® for rubber, silicone and duroplastics

For the processing of cross-linking materials, the thermal separation between the cold area of the material feed and the heated contour area is of elementary importance.
With IsoForm® you can use water to temper up to 240°C (up to 180°C even cycle-dependent). Cycle-dependent temperature control prevents “scorching” in the cavity during filling. The cross-linking can then be started intentionally at the right time.

The example on the right shows the implementation of an application for processing silicone by the tool manufacturer Heite & Krause GbR.

The slides were integrated into the isolated mould insert. Thermal insulation plates in the separation area provide protection against contact. 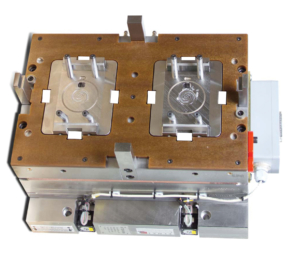 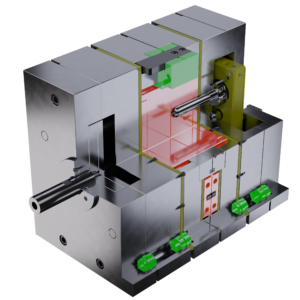 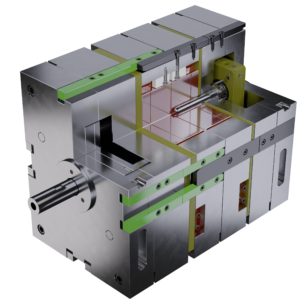 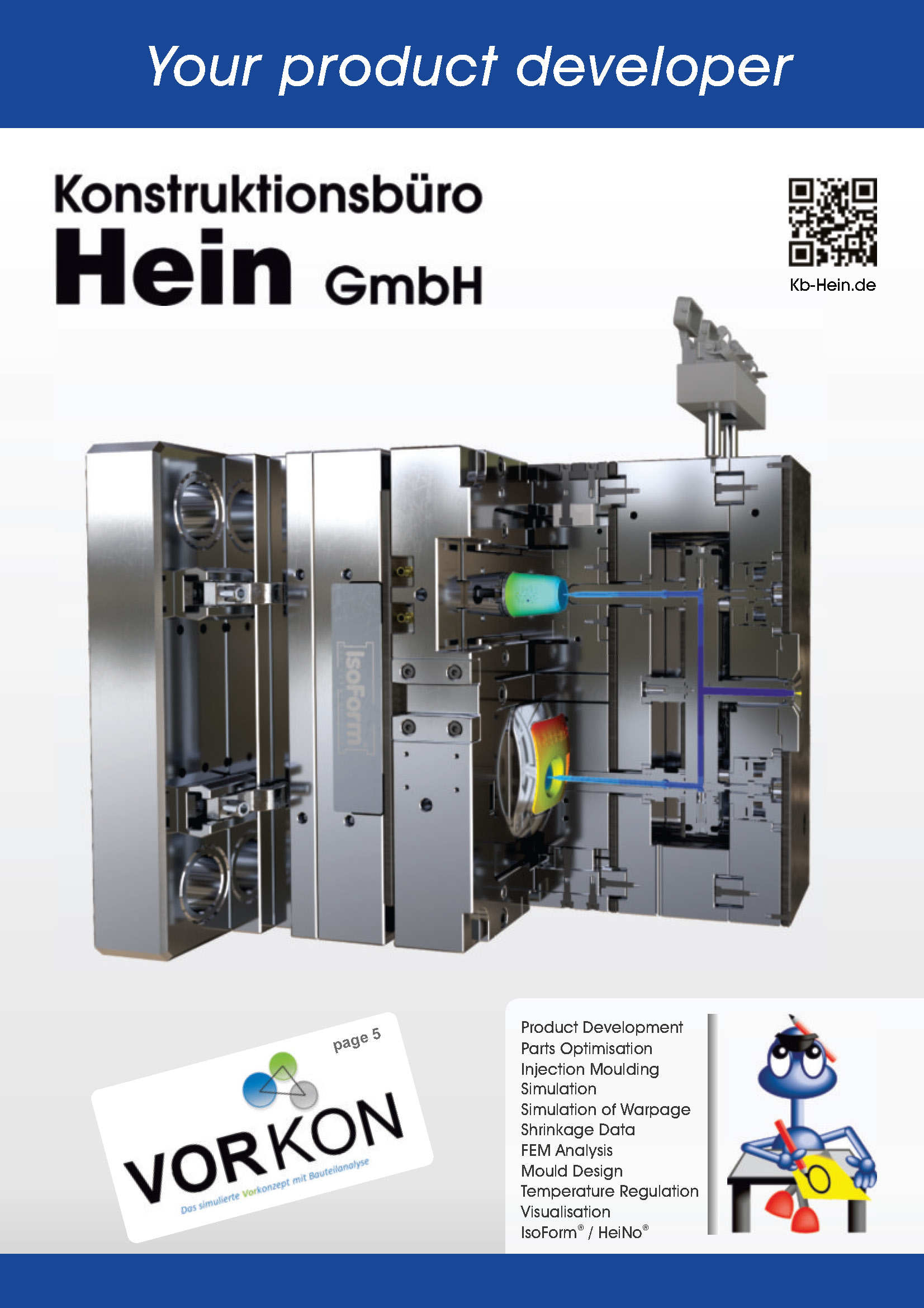 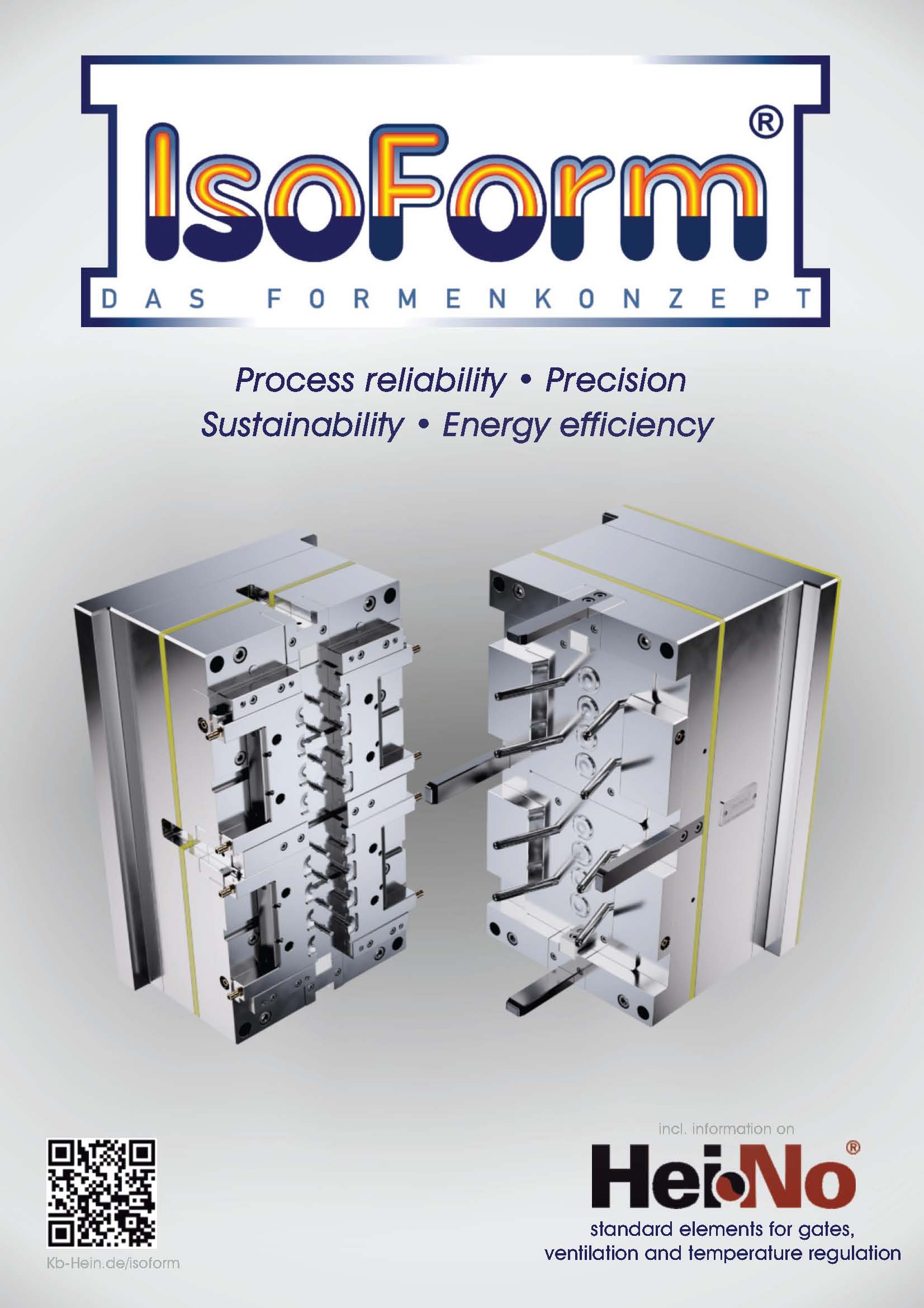 Request an quotation for project and costing in the fields of product development, project planning and realization, tool design, article optimization and much more.

We are pleased to be available for you as a contact!